In this section we are presenting all the 14 official activities as they were conducted in the schools of the partnership as written in the application form. You will witness a lot of imagination and different ways of implementation aiming to the same goal, the expression of feelings of our unique pupils, the facilitation of the communication and the development of their social dexterity. We used the arts, such as photography, music, painting, drama, cinematography, handcrafts, in order to achieve our initial goals. We hope you enjoy the outcomes!

ACTIVITY 1: «Getting to know each other» and «I will show you where I am from»

The first official activity of the program “Artemotion Xpress in Europe” is: «Getting to know each other» and «I will show you where I am from». Each partner school created power point presentations and videos in order our schools to get to know each other. Children, landscapes, colleagues, buildings, habits were all included!

One more activity within the Erasmus+ program was “The Christmas journalist”. Our students became young journalists for a while in order to reveal their classmates’ feelings during Christmas. The aim was to explore and express emotions by familiarizing with the Art of photography and filming.

The Christmas activity concerned free expression through dancing. Thusly, our Christmas play included several kinds of music like happy, sad, rebellious music which gave the chance to our pupils to improvise, expressing exactly how they felt through their body movements and body language, through gestures and facial expressions, while teachers interfered and guided only when needed. The «Christmas Dance» took many forms along the different schools of the partnership! All performances are original and exquisite! Enjoy them!

ACTIVITY 3: «The materials are playing with the emotions»

In this activity pupils used different materials (wood, clay, felt, paint etc) to express different emotions through handcrafting. The aim was to bring our students in contact with different materials and make whatever they like, using their imagination and creativity. The pupils where happily engaged with this activity and the results were unique! Once more, we realized that Art and children’s imagination are limitless! The students also acquired new knowledge and new ways in disposing their energy and creativity.

This was an activity that introduced photography to our pupils in a more meaningful way. Pupils with autism have many difficulties in expressing themselves, in recognizing the feelings of other especially from facial expressions and body language. Thus, we gave them the opportunity to work on these difficulties through photography. Firstly, students from all the partner schools had to take photographs of the faces of their peers, while making various facial expressions representing emotions like joy, sadness, anger, fear, surprise. During the activity, students recognized various emotions in familiar faces while entertaining themselves. They enjoyed the photo-shooting process by switching roles: photographer and model. They were satisfied watching the photos they took themselves using the digital camera. They identified their emotions, they named them, and they imitated facial expressions captured on the printed photos. Then, they chose their best photo in order to make their puzzle. During the activity, they practiced their fine motor skills, by using scissors and putting the pieces of the puzzle together. They also made combinations of shapes, colors and background in order to make the puzzle. They cooperated helping each other when needed.

“Painting music” was the 5.1 official activity of our project “Artemotion Xpress in Europe”. Pupils had to sit around a large piece of paper and while listening to various classic music, they had to paint what the music made them feel! It was a beautiful activity and children loved it! It is essential to point out that different music hearings influenced pupil’s reactions and feelings. So they expressed different moods, which were represented by different choices of colors and different choices of paintings. For example, during the happy music they chose vivid and bright colors with abstract, curvy lines or happy faces, whereas during the sad music they chose dark and moody colors with sad faces, rain, clouds etc. It is also important to mention that activities with music are suitable even for the pupils with low levels of understanding or non speakers and gives a chance of expression of their inner world.

ACTIVITY 5.2: «Getting to know an artist»

“Getting to know an artist” was the 5.2 official activity of our project “Artemotion Xpress in Europe”. The aim was to get to know an artist and his/her work and then meet in real life! The excitement of the pupils was huge! At first some research work was done by the pupils getting familiar with the internet and the search machines. They gathered information about the artist they had chose and presented it in the class. Afterwards, they arranged a meeting with the artist, either by visiting his or her place of work or by visiting the school! It was a highly interactive and interesting activity, which gave many chances for cooperation and exploration. It is interesting to watch our pupils’ choices of artists.

Pupils had to create a book full of emotions while using several materials. Artemotion Xpress is the name of our project and pupils did exactly this within this activity. They combined art in order to express emotions once again, but in a different way! This activity took many forms in the partner schools. So, you can see a «face book», an emotions’ book made by wood and innumerable activities connected with face, art and emotions which provided our pupils chances to interact, to express, to feel, to recognize emotions and have fun.

Pupils had to create PPS or videos with photos of people expressing different emotions. In this activity pupils had to take photos of people while asking them to make different expressions on their faces, expressing different feelings e.g. enthusiasm, happiness, anger, sadness, jealousy, indifference etc. It was done with the collaboration of the parents, neighbor school and colleagues. Our aim was to make our pupils capable of recognizing the feelings of other people, interacting with them, cooperating and getting familiarized with identifying feelings and emotions.

In this activity our pupils had to become actors and actresses. It involved the presentation of a theatrical play to parents, neighbor schools, educational authorities and other guests under the Erasmus+ project «Artemotion Xpress in Europe». Each school chose their own Christmas theatrical play and presented it with their pupils as protagonists. The different ideas and products of this activity are extraordinary and we think that we will amaze you with our fantasy and talent!

In this activity pupils with their teachers used the art of poetry combined with theatrical play and painting. Thus, they read poems or fairy tales or watched videos with a hidden meaning. A discussion followed on how they felt while listening to the story, what they think the protagonists felt, which was the hidden meaning and they also drew the tale. Aesop’s fables were chosen in many cases and it is interesting to watch how the same fable is represented in each country. In this activity we tried to make our pupils capable of recognizing the feelings of others, compare them with their own and to acquire empathy which is defined as the emotional identification of the mental state of another person, and the understanding of his or her behavior and motivation.

This time we used drama and we engaged our pupils with acting art. Pupils were dressed with various clothes and played roles according to the way they were dressed up and according to the given situation. Teachers created social situations that could occur in the school, in the free time and playground or in the family. For example  a lady, dressed accordingly, is walking down the street while a thief steels her purse! In some cases our pupils had to act like they were animals e.g. mice, a group of mice are eating their snack while one of them doesn’t have anything to eat, how does this mouse feel? how do we fell? what should we do? The short role plays were assisted by the teachers and were filmed or photographed, followed by presentation and discussion on how pupils felt with the different roles and also how we respond to different circumstances. We used brainstorming methods but also instructed situations.

Continuing with the art of drama we engaged our pupils with role playing again but this time for a very important cause and this is the prevention of bullying at schools. Firstly, teachers and pupils discussed about bullying, what it is, how it can affect us, how we must react, how to prevent it. Later, given situations were presented to the pupils and they role played them while trying to find the right solutions. Short videos were created from the partners schools and our work is truly inspiring.

This activity was implemented after our short term joint staff training and learning event in Ptuj Slovenia. While we were there we were introduced to their pet therapy program where in regular basis, therapy dogs are visiting the school and pupils with the instructors do amazing work together. All partners participated and witnessed the benefits of pet therapy on students with special needs. Thus, we applied some of the gained knowledge to our students. At the beginning, a first contact – acquaintance of teachers’ (and/or pupils’) pets in the school was organized. We monitored the feelings arising from the contact with dogs, birds, turtles and rabbits. Pupils, were truly amazed and even the most fearful touched the pets and expressed feelings of joy, relief and happiness. Afterwards, discussions followed on how they felt while being with the pets and each child told his or her favorite one. It was an amazing activity which allowed our pupils to express themselves once again.

In this activity we used the Arts of music and dance. Pupils danced, made postures or simply moved their bodies while listening to different music. We monitored their reactions once again, different body movements to different musical sounds. We discussed and explained how music makes us feel. Pupils had a lot of fun with this activity and felt free to use their bodies in any way they liked, while expressing how the music made them feel. Body language was stronger than speech.

ACTIVITY 13: «Big and small artists together»

In this activity we invited the community to enter our schools and through arts work with our pupils in various activities. Our aim was once again to make the surrounding community get into touch with our schools and in this way further develop the social skills of our pupils. Once again the use of arts gave us the opportunity to express and the outcomes were amazing. In some schools, this activity was also combined with the Christmas celebration. We hope you enjoy it as much as we did.

ACTIVITY 14: «I gesture you guess»

Activity 14 «I gesture you guess»  is basically a review of everything we have learned so far, during our project, a game through which we explore and remember the emotions we have worked on, how to identify, imitate and reproduce them. Each school chose a different way to work on this activity and it is remarkable how all pupils responded. 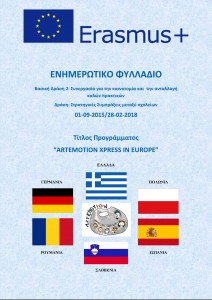 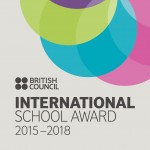 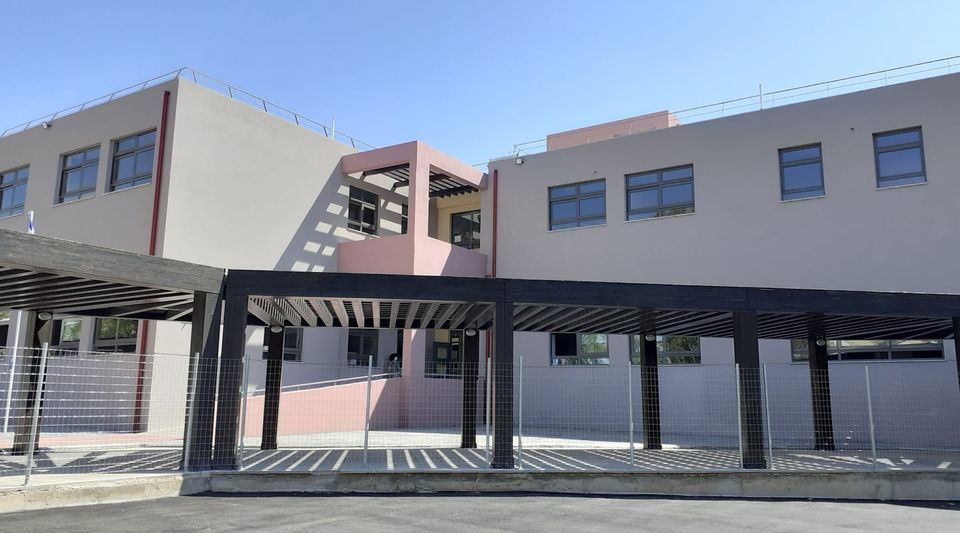 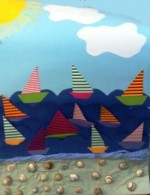 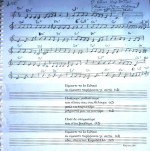 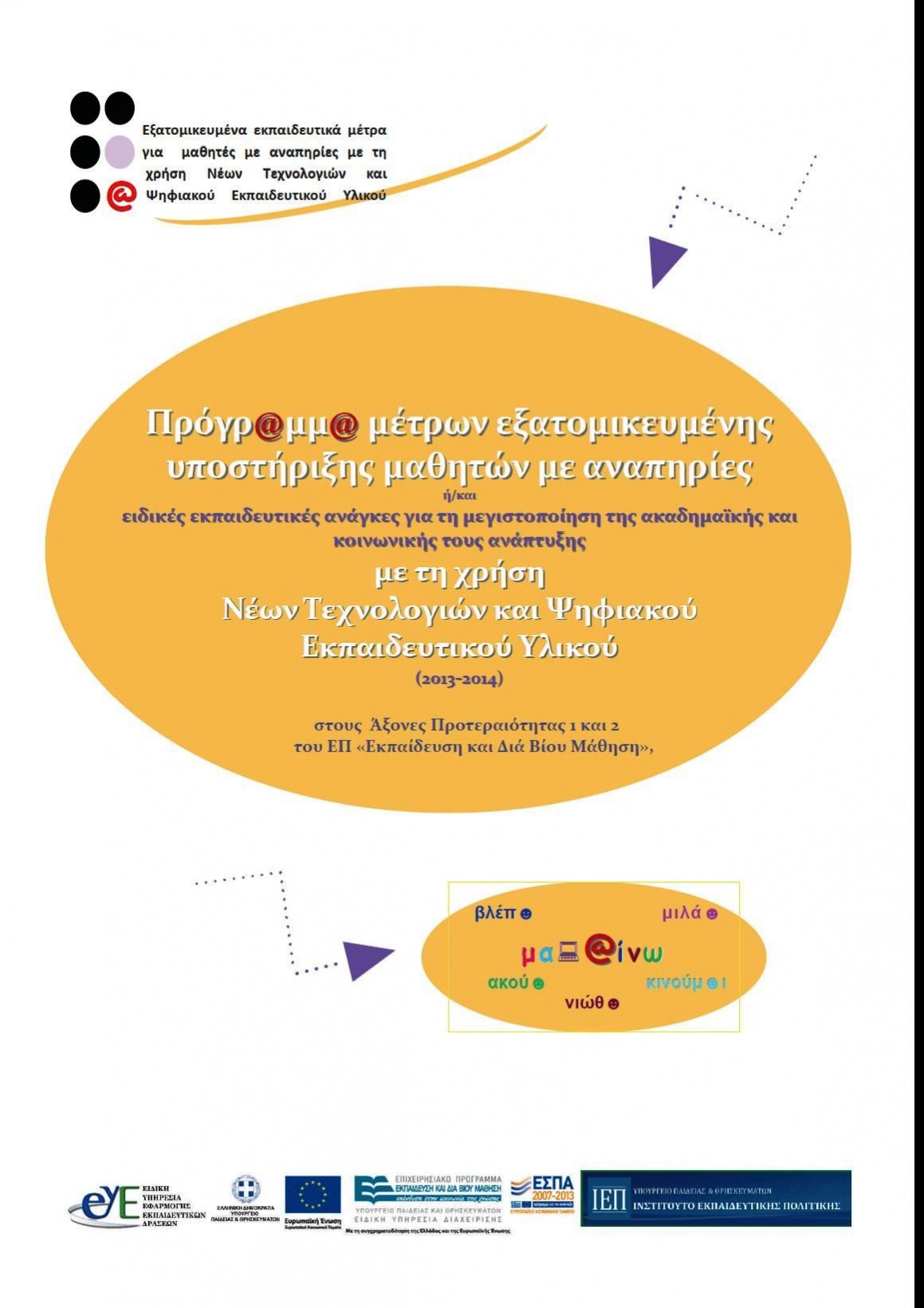 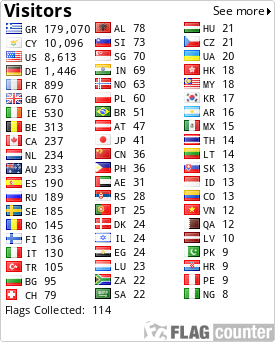