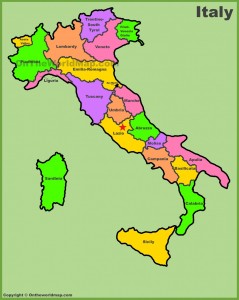 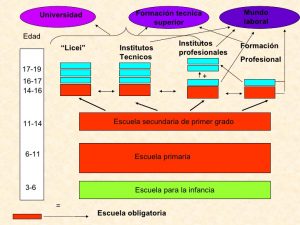 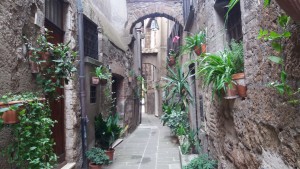 Orte is a town, comune (municipality), former Catholic bishopric and Latin titular see in the province of Viterbo, in the central Italian region Latium Lazio, located about 60 kilometres (37 mi) north of Rome and about 24 kilometres (15 mi) east of Viterbo.

For most people it is just a very noticeable hill town on the Autostrada between Rome and Florence, about 60km north of Rome, but it is well worth taking the trouble for a quick visit. Orte is built on tufo (tuff) rock and overlooks the valley of the River Tiber. From the 6th Century B.C. it was an important Etruscan center and Etruscan caves can still be seen in the side of the tufo rock.

Orte is on the main railway line between Rome and Florence. It is the junction for the line to Umbrian towns such as Assisi.

By car it is at an important junction between the A1 and the highway that connects Perugia and Spoleto with Viterbo.

The town is located a few km north of the railway junction at Orte Scalo. Taxis are available.

Orte has an elliptical layout following the contours of the hill. Things to see include remains of an aqueduct, some notable medieval palaces and interesting churches.

As Orte is built on a Tuff cliff, there are many tunnels and caverns within the hill. These can be visited with a tourguide.

Orte is close to many interesting towns. It is just a short distance from Orvieto. Many of the surrounding villages are fascinating.

Orte is situated in the Tiber valley on a high tuff cliff, encircled to North and East from a handle of the Tevere river. It is an important road and rail hub.

The Etruscans inhabited the area from the 6th century BC and called it *Hurta, as testified by the findings in a necropolis nearby, now preserved in the Vatican Museums. Orte was theatre of battles between Etruscans and Romans (310 and 283 BC), near the Vadimone lake, in both of which the Romans were victorious.

The Romans domination made it the municipality of Horta (also Hortanum).[3] Under the rule of Augustus it received numerous public works. Subsequently, because of its strategic position, Orte was occupied by the Ostrogoths, the Byzantines and the Lombards. During the late 9th to early 10th century, it was, along with much of central Italy, a stronghold of, or threatened by the Saracens.

In the Middle Ages the city was never seat of a fief, becoming a free comune under a podestà (elected magistrature). Later it became part of the Papal States. 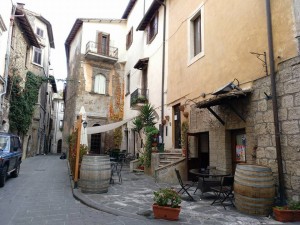 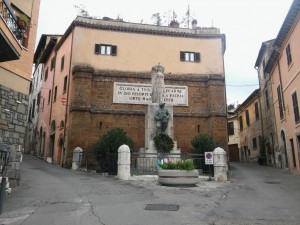 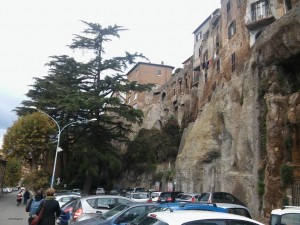 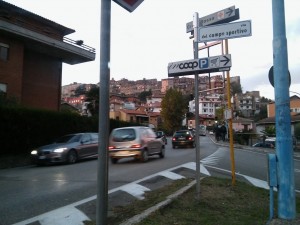 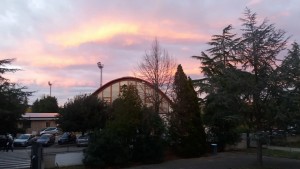 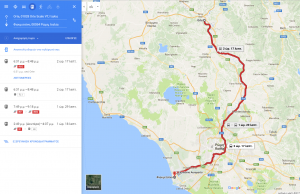 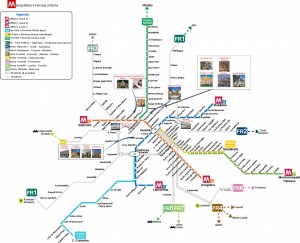