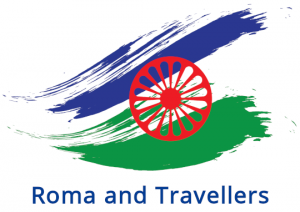 Currently, Spanish society is a mosaic of historical and cultural realities with their own peculiarities, languages and peoples. In this multicultural context, it is necessary to make known that the Roma reality in Spain has six centuries of history and is very diverse.

The Roma people have been assimilating many of the cultural elements that have been found in the different territories that they have crossed in their way from India and, thanks to this, the current common culture is full of their contributions made both in the language, as trade, music, literature and many other arts.

Roma people are fully right citizens, in Spain and in the European Union. They have cultural features that are their own and share a common identity, which does not detract anything from their citizenship, but rather on the contrary, it implies wealth and added value for the society of which we are all part. END_OF_DOCUMENT_TOKEN_TO_BE_REPLACED 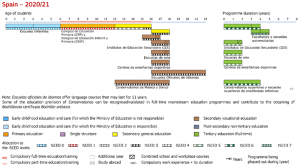 Basic education is compulsory and free in publicly-funded schools. It lasts ten years and it is divided into two stages:

END_OF_DOCUMENT_TOKEN_TO_BE_REPLACED

Centro Concertado Leonardo da Vinci OID E10256376, Address Calle San Francisco, 50,Los Belones, Murcia, Spain invites teachers for the first project meeting of the project «Let’s know each other: Strategy for the Equity Inclusion of Roma Students» which will be held from 21st to 22nd September 2021 at our school.

The Meeting Agenda is as follows

Presentation of the project

Financial and managerial management of the project

Task and responsibilities of partners END_OF_DOCUMENT_TOKEN_TO_BE_REPLACED 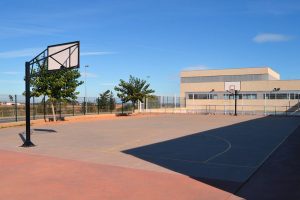 The Leonardo Da Vinci school is a concerted teaching center, active since 2009. It’s a CAI – ESO school interval, from 4 months to 16 years. Our center offers a continuous school day, in addition to school hours, it has a wide range of activities and services that give families the opportunity to reconcile their working hours with their family. Our center opens its doors daily at 07:45 a.m. with the morning service until the time students start their classes, at 2:00 p.m. the dining room service begins until 4:00 p.m. time at which extracurricular activities begin. We also offer service in leisure school holidays for Easter, Christmas and summer.

Our school is located in the periphery of the city of Cartagena, city and municipality located next to the Mediterranean Sea in the autonomous community of the Region of Murcia, of which it is legislative capital. It has 218.210 inhabitants, making it the twenty-fourth Spanish city in population. More of the 30% of the total population is made by Roma families. END_OF_DOCUMENT_TOKEN_TO_BE_REPLACED