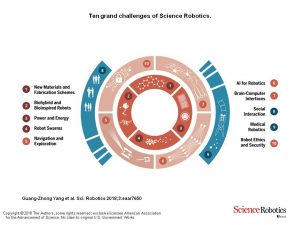 Two robotics technologies of the year

The performance of the 1.5-m, 75-kg Atlas keeps surprising us, jumping over a log in stride with one leg while jogging and jumping over wooden boxes with no break in pace. These feats add to walking on challenging terrain, keeping its balance when disturbed, standing up, lifting and manipulating objects, and executing a back flip like a gymnast (1). Marc Raibert’s Boston Dynamics team remains the masters of robotic balance and propulsion. Raibert observes that “the mechanical system has a mind of its own, governed by the physical structure and laws of physics.” Atlas uses its vision system to align itself and to measure distances to the parkour obstacles. Although Raibert admits that not all trials could be successfully mastered, he hopes that the demonstrations serve as an inspiration for what robots can do in the near future.

The return of aibo, Sony’s toy dog first introduced nearly 20 years ago, is welcomed by many, and not just because of its new appearance, enhanced voice understanding, and its improved ability to learn from its owners (11). In addition, the robot has been developed with Sony’s increasing awareness of the role robots can play in childhood learning or as a companion for the aged, particularly those with neurodegenerative diseases. Understanding the perception, interaction, and expectations of the people around the robot and developing robot behavior and personality that are context aware (not dependent on pre-scripted programs and with personalization and adaptation) are interesting topics in social robotics.

Here you can visit my wiki which is currently under construction and enrichment. 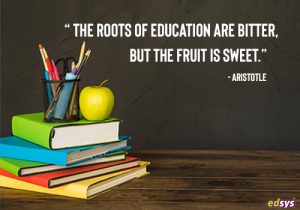 In this blog you can read articles about things that interest teachers, parents and students in our school but not exclusively. I hope you like it.