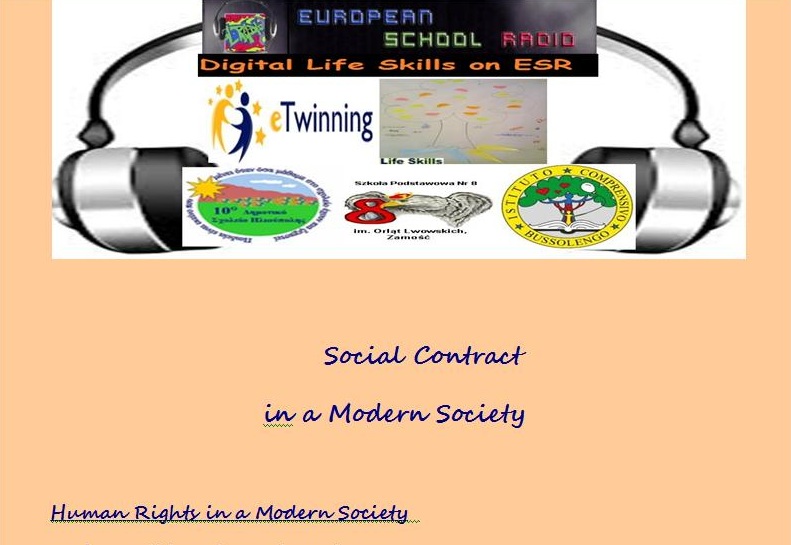 Leonardo da Vinci Secondary School from Bussolengo, Italy, 8th Primary School of  Orląt Lwowskich from Zamość, Poland and 10th Helioupolis Primary School from Athens, Greece cooperate in the eTwinning project “Digital Life Skills on European School Radio”.  Through our 15-minute radio shows, broadcasted in the European Zone, Italian, Polish and Greek pupils inform the ESR audience about the products of our project work together.  Each show consists of six brief announcements in one of the following EU languages: English, Italian, Polish, French, German and Greek. In our second radio show, we will talk briefly about the “Social Contract in a Modern Society” the three eTwinning partners have drafted together making the most out of our shared TwinSpace. Using online tools, the students collaborated and prepared a list of responsibilities and rights in a modern society. The final lists are announced in Italian, Polish and English in a 15-minute Radio Show (Part A) as well as in French, German and Greek in another 15-minute Radio Show (Part B). Each announcement is accompanied by a children’s song or a song performed by a children’s choir in the relevant language.

Below you can read the titles of the songs of our second “DLS on ESR”  Radio Show 2: