Cooperation between parents and school. Is it important?

As a parent, you know your child better than anyone else does. Your child’s teachers will want to get to know him too.

When you have a strong and respectful relationship with your child’s school and teachers, you’re in a good position to give them the information they need to help your child get the most out of his education. You and your child’s teachers can work together to support your child’s learning and wellbeing.

When everybody is working together in the best interests of your child, she’s likely to reap academic and social benefits, like:

Filed under: Relationships, School  |   Tagged under school | No Comments »

Building a strong bond with your child

Good parent-child connections don’t spring out of nowhere, any more than good marriages do. Biology gives us a headstart — if we weren’t biologically programmed to love our infants the human race would have died out long ago — but as kids get older we need to build on that natural bond, or the challenges of modern life can erode it. Luckily, children automatically love their parents. As long as we don’t blow that, we can keep the connection strong.

Filed under: Relationships  |   Tagged under parents | No Comments »

Nestled high in the slopes of the Andes, the ruins of Machu Picchu continue to reveal the mysteries of the Inca Empire. While the archaeological site draws scores of visitors to Peru annually, here are 10 lesser known secrets hidden beneath its layers of history.

It’s not actually the Lost City of the Inca.

When the explorer Hiram Bingham III encountered Machu Picchu in 1911, he was looking for a different city, known as Vilcabamba. This was a hidden capital to which the Inca had escaped after the Spanish conquistadors arrived in 1532. Over time it b

ecame famous as the legendary Lost City of the Inca. Bingham spent most of his life arguing that Machu Picchu and Vilcabamba were one and the same, a theory that wasn’t proved wrong until after his death in 1956. (The real Vilcabamba is now believed to have been built in the jungle about 50 miles west of Machu Picchu.) Recent research has cast doubt on whether Machu Picchu had ever been forgotten at all. When Bingham arrived, three families of farmers were living at the site.

Filed under: America, Trips  |   Tagged under America | No Comments »

Are you ready to leave an unhealthy relationship?

Are you confident enough to move on?

Filed under: adults, Relationships  | | No Comments »

The landmark of Paris

Date of construction of the Eiffel Tower

The Eiffel Tower was built by Gustave Eiffel for the 1889 Exposition Universelle, which was to celebrate the 100th year anniversary of the French Revolution.

The Tower at the centre of events

Since the 1980s, the monument has regularly been renovated, restored and adapted for an ever-growing public.

Over the decades, the Eiffel Tower has seen remarkable achievements, extraordinary light shows, and prestigious visitors. A mythical and audacious site, it has always inspired artists and challenges. 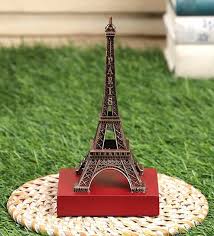 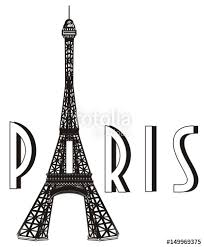 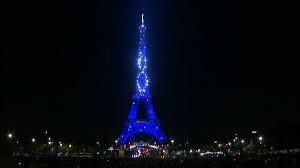 END_OF_DOCUMENT_TOKEN_TO_BE_REPLACED

What makes a healthy relationship?

Every relationship is unique, and people come together for many different reasons.

Part of what defines a healthy relationship is sharing a common goal for exactly what you want the relationship to be and where you want it to go. And that’s something you’ll only know by talking deeply and honestly with your partner.

However, there are also some characteristics that most healthy relationships have in common. Knowing these basic principles can help keep your relationship meaningful, fulfilling and exciting whatever goals you’re working towards or challenges you’re facing together.

Filed under: Relationships  | | No Comments »

Copyright © connections          Hosted by Blogs.sch.gr
Top
Skip to toolbar
We use cookies to ensure that we give you the best experience on our website. If you continue to use this site we will assume that you are happy with it.OkRead more