The board members of the Comenius project CORE-Clil Objectives and Resoursekit in Education met in Cordoba, Spain to discuss the progress of the project and prepare the scheduled training course and international conference to be held in Mallorca, Spain in October 2014. The meeting lasted 3 days, from 24th April to 26th April. The Regional Directorate of Education of Thessaly participates in this Comenius Project and I attended the meeting as the Greek co-ordinator of the project and board member. The meeting also attended Mr Ioannis Skoufas Headteacher of the Secondary school of Armenio, science teacher and member of the Greek team for the project and Ms Anastasiou, English teacher. 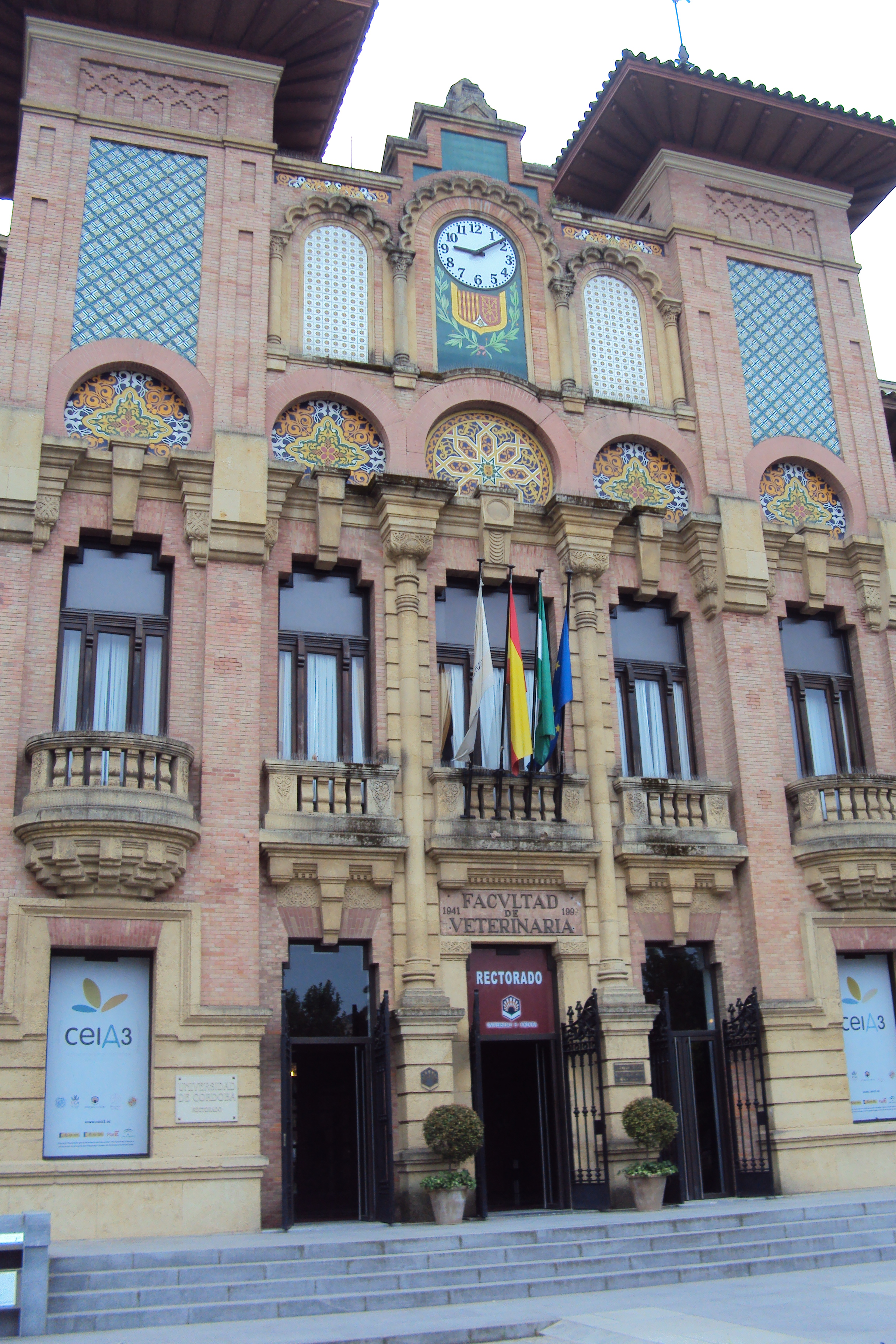 After the working session, the board members, split into two groups, visited one school each, a primary school and a secondary school respectively, so they could see CLIL in action. The Greek team visited the Instituto de Bachillerato Lopez Neyra and observed a science CLIL class of the 3rd year of lower secondary education. In Instituto de Bachillerato Lopez Neyra there are two educational sections, the monolingual section and the bilingual one, the latter being most favored by parents and students for the better results in terms of language acquisition and content learning. The teachers of the school explained to us that the students who attend the bilingual program seem to be more motivated to learn and also very keen on participating in multilingual European projects. As a result they improve their skills and knowledge both academically and socio-culturally.

In this school students do science, geography, maths and physical education in English and start with a 20% CLIL education and reach a 80% to 85% CLIL by the end of their secondary school studies. Teachers must be at least of B2 level in English according to CEFR and quite often they are supported by teacher assistants who are in some cases native speakers of English and funded by the European program of teacher assistantship. 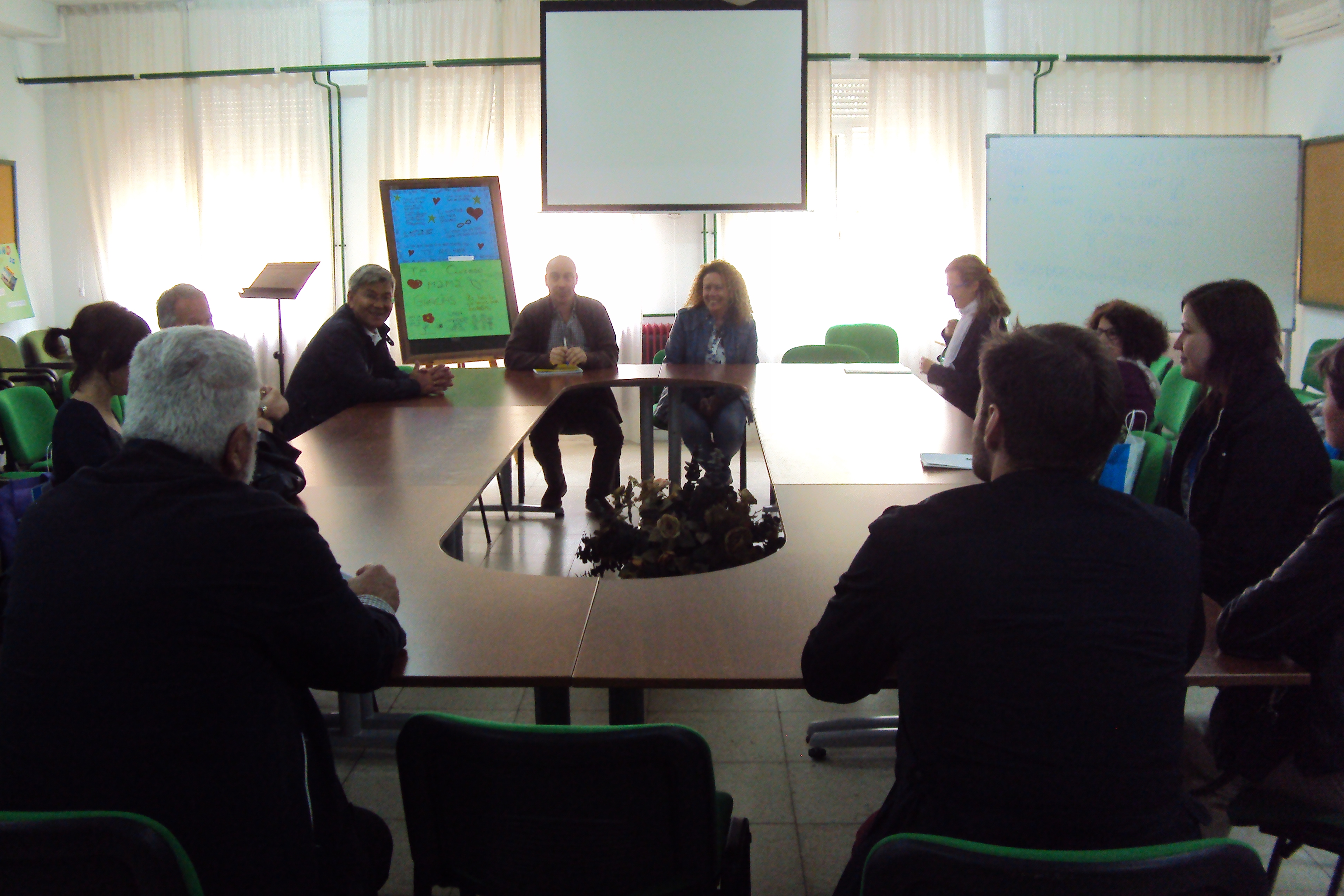 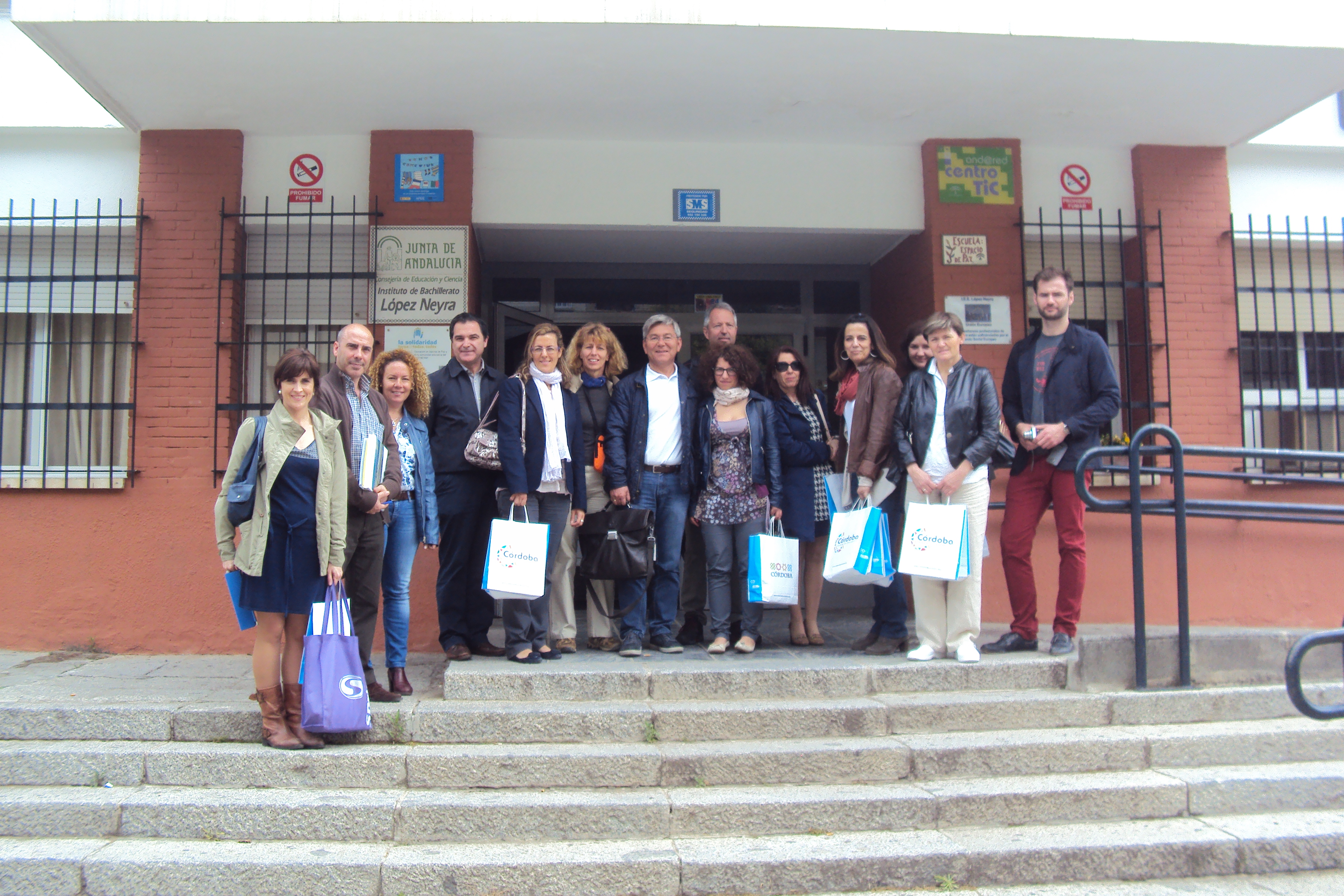 Our second visit was to the Escuela Oficial de Idiomas di Corduba. The Escuela Oficial de Idiomas di Corduba is a language school where courses are offered to people aged from 16 years and upwards. Unemployed and university graduates are the most favored when applying. There are also special courses for subject teachers who want to get a language certificate and thus improve their prospects of being hired in a public school as with a language certificate one can work as a CLIL teacher. The school offers courses of English, French, German, Italian and Arabic and attendants sit for a national language exam to get the B1 and/or B2 language competence certificate. 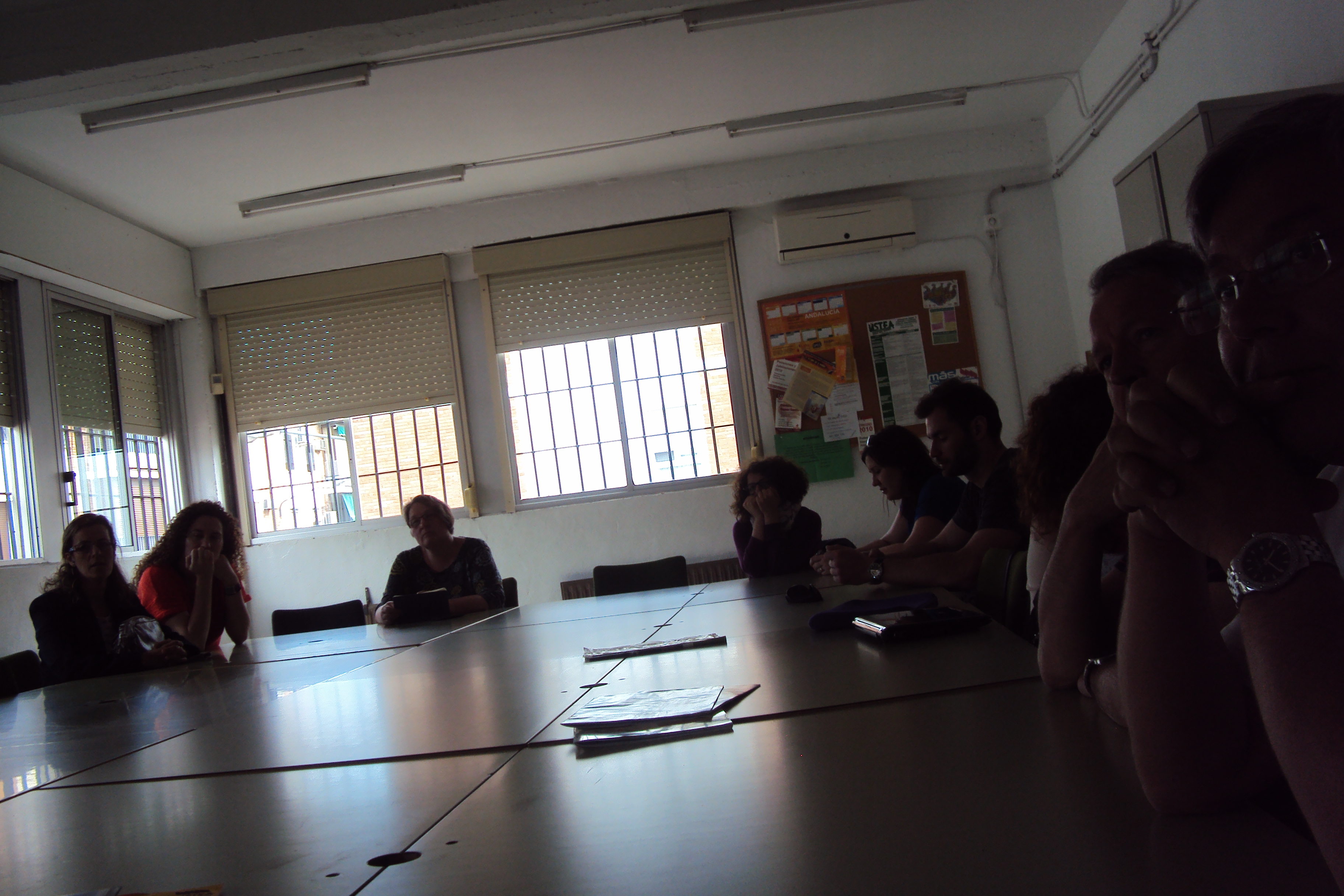 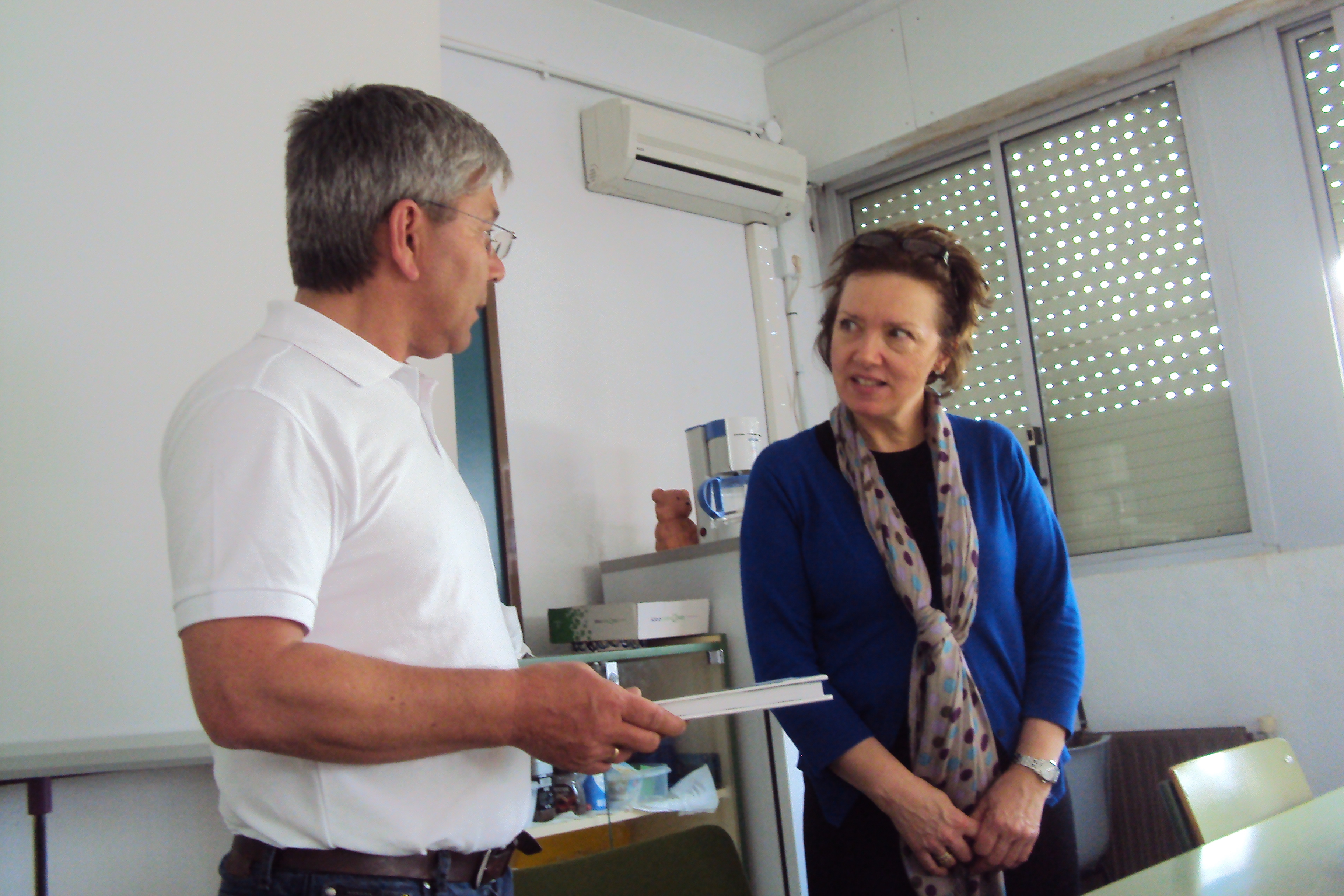 On the second day of the meeting the board members attended three working sessions all held in the Faculty of Humanities of University of Cordoba. 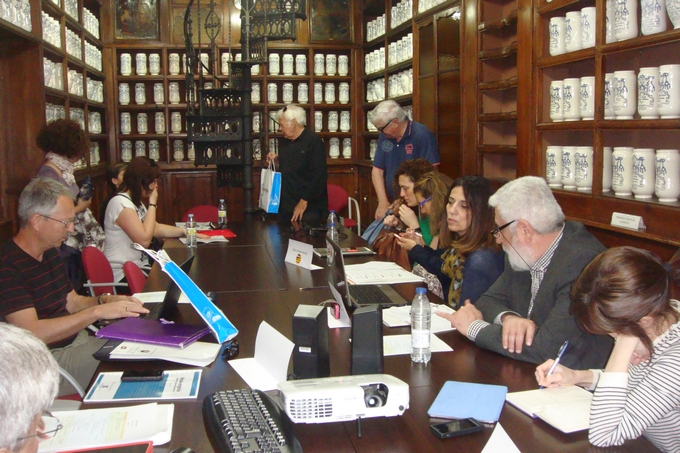 The core points of the discussions were the preparation of the training course in Mallorca and details concerning the organization of the conference. The pre-program was reviewed, modified and approved and some keynote speakers for the conference were agreed to be invited. After the first two working sessions we visited St. Bartolome’ Chapel built inside the faculty building. 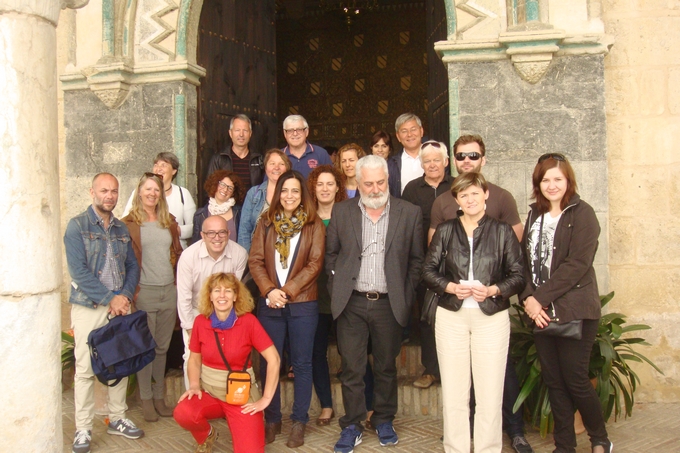 In the evening of the second day in Cordoba we visited the Mosque and the Cathedral as arranged by the hosts of the meeting Victor Pavon, Sandra Perez Costa and Javier Avila Lopez from the Cordoba University. The visit was a memorable one as one could be amazed at the way cultures and religions can merge. 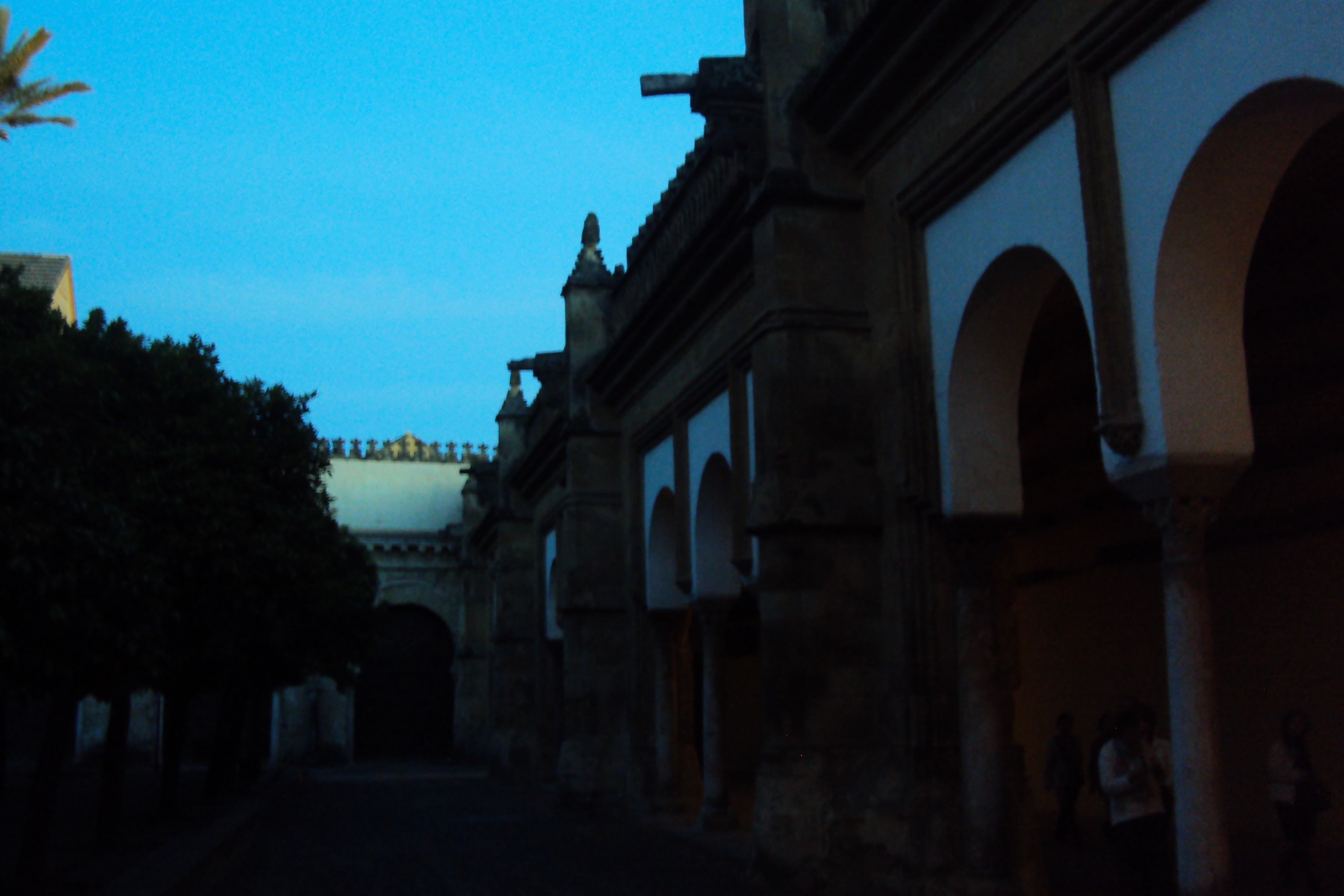 On the third day we had a cultural trip to Seville where we visited the Alkazar palace and the Cathedral, as well as the Giralda, a former minaret converted to the tower bell of the Cathedral. 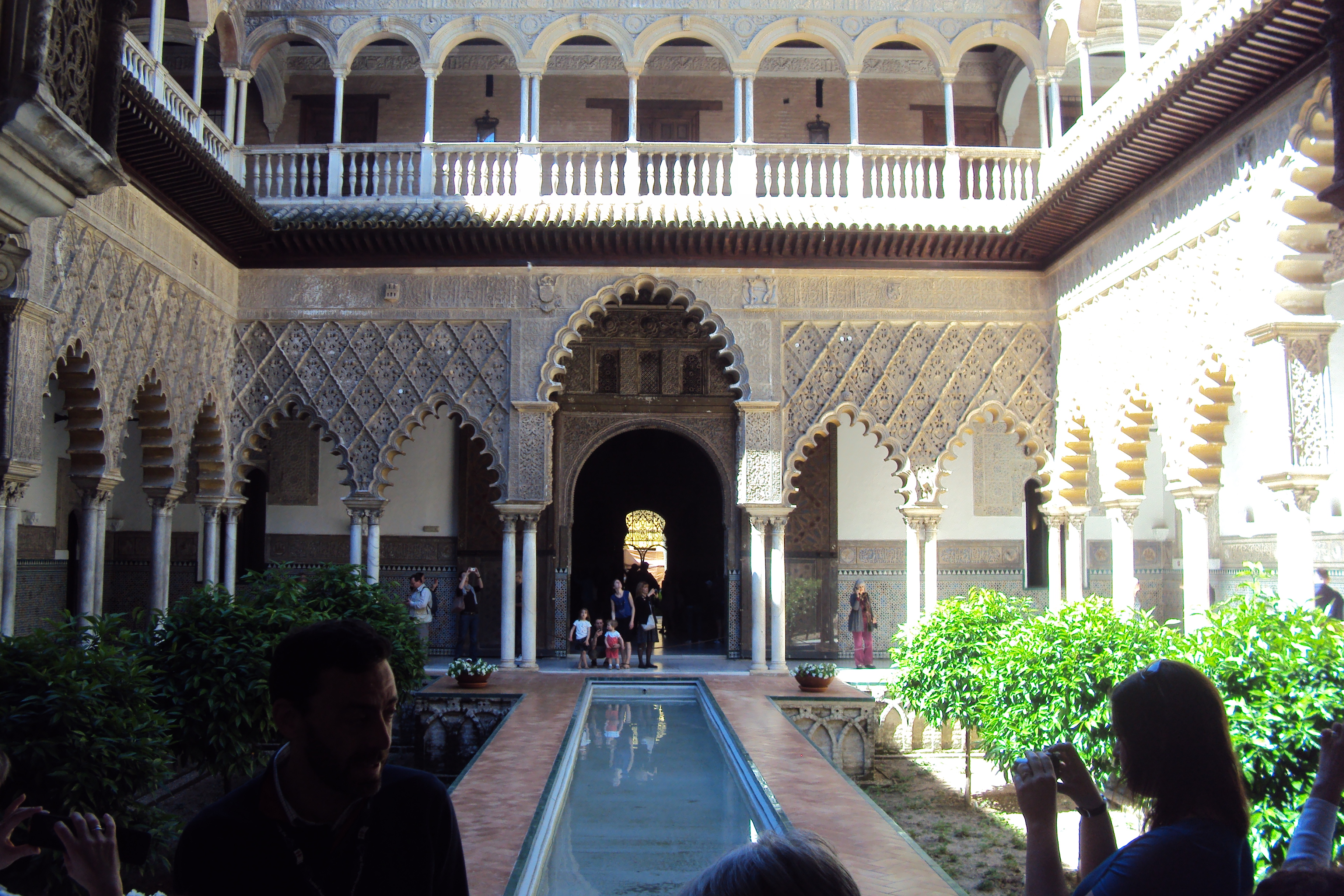 All in all, these days in Cordoba offered us a fruitful experience in many ways. First of all our work concerning the project was effective in its outcomes. Second we strengthened even more our bonds of friendship which is a very promising aspect for future co-operations. Finally we returned with our baggage full of memories and impressions of warm hospitality, nice people and beautiful places, rich in history and culture. We warmly thank the Spanish CORE team for all the hard effort they put into preparing this meeting and all the CORE project members for their co-operation. We look forward to the CORE course and Conference in Mallorca.

Clil Objectives and Resourcekit in Education