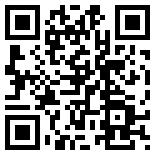 PDEDE (Regional Directorate of Primary and Secondary Education in Western Greece, PDEDE) is an education organization under the umbrella of the Greek Ministry of Education, Research and Religion. It is in charge of over 1135 schools of both levels of education -primary and secondary- and a number of more than 12.150 appointed teachers of all disciplines and 90.000 students. It is one of the largest education organizations in Greece – responsible for schools and teachers in three Prefectures, Achaia, Etoloakarnania and Ilia. Its task is to co-ordinate, supplement, back up and implement the educational policies of the Ministry, along with supervising the implementation of various education projects, like European projects, in schools. Head of the Directorate is at the moment Dr. Kostas Giannopoulos. One of his primary goals is to reinforce the educational process in schools under his jurisdiction; therefore his plans include the establishment of a European Project department within the Directorate. The department monitors in a more organized basis the results of already existing European projects and provides assistance to schools wishing to participate to European projects. 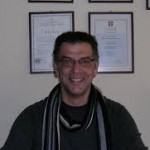 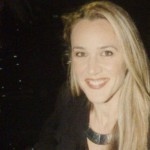 Official Disseminator of European programs of the Regional Directorate of Primary and Secondary Education of Western Greece. She was born in Patras and she works as administrative officer in the Regional Directorate of Education in Western Greece with prior ten-year teaching experience in Primary and Secondary Education as a physical educator. She holds a degree in Physical Education, she holds a Msc in the “Organization and Management of Sports Organizations and Enterprises” and she is a candidate doctor of philosophy in the University of Peloponnese in “Sports Management and Marketing”. She was selected to work as an educator by the Higher Selection Council of Human Resources by scoring 92% in pedagogy and teaching methodology. She is an active scientific researcher with rich scientific work published on national and international level. She holds the Proficiency of Cambridge and Michigan (English) and is a fluent user of the French language. She is also certified in (by the Greek Ministry of Education and Religious Affairs and ECDL) in New Technologies. Elena Sarli is also an active volleyball and beach volleyball player ( she is a professional athlete competing for the past 15 years in first and second national division of the national volleyball championship, and the last 5 years is in the top 8 couples of the professional national Greek beach volleyball championship) and holds specialties in her basic degree the first one is volleyball coaching and the second is grass-roots activities. Her scientific work includes published research in National and International Conferences and Scientific Journals (3rd Εuromed Conference by the Euromed Research Business Institute, 39th EMAC Conference της European Marketing Academy, EASM Conference by the European Association for Sport Management, Journal of Business & Industrial Marketing, Vol. 30 Iss: 5, pp.552 – 561. Ect).

Korina Tolia Official Subtitute Disseminator of European programs of the Regional Directorate of Primary and Secondary Education of Western Greece. (cv to be published) 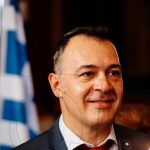 CS Teacher in secondary education schools, named since 1996, in high schools, vocational education and senior high schools. Creator of educational activities for CS lessons in secondary level, based on educational software.
Project Coordinator for Erasmus+ http://eduweb-project.eu since 2016.
National Coordinator for esafety Label project of European School Network, adjusting online safety support and accreditation for Greek schools since 2013.
Web administrator and responsible for the official site of Greek School Network “Internet Safety” http://internet-safety.sch.gr
Since 2007 member of the National Safer Internet Advisory Board. Pedagogigal advisor for safety issues in National Support Service of etwinning. Curator of e-magazine http://www.scoop.it/t/isafe both for safety and security articles (GR).
Adults’ educator in the project ARIADNE (2011–2014) Training Program for Mental Health of Professionals for the phenomenon of the Internet addictive behaviour risk among adolescents and the dangers faced by children and adolescents of uncontrolled internet usage.
Member of managerial administration in Regional Directorate of Primary and Secondary Education in Western Greece, Patras. Tutor of teaching approaches to CS teachers. Authorized tutor at Regional Training Institutes (P.IN.EP.) of National Centre for Public Administration and Local Government.

Evangelia is responsible for the EU-PDEDE administrative support.