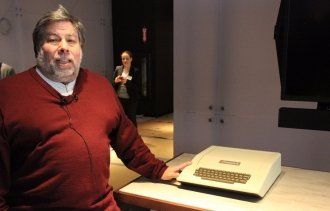 Steve Wozniak: The Future of AI Is ‘Scary and Very Bad for People’

We should all be getting a litttttle nervous: The robot apocalypse is brewing.

Or at least, that’s what a growing number of tech visionaries are predicting. In an interview with the The Australian Financial Review, Apple co-founder and programming whiz Steve Wozniak added his own grave predictions about artificial intelligence’s detrimental impact on the future of humanity to warnings from the likes of Elon Musk, Bill Gates and Stephen Hawking.

«Computers are going to take over from humans, no question,» he told the outlet. Recent technological advancements have convinced him that writer Raymond Kurzweil – who believes machine intelligence will surpass human intelligence within the next few decades – is onto something.

«Like people including Stephen Hawking and Elon Musk have predicted, I agree that the future is scary and very bad for people,» he said. «If we build these devices to take care of everything for us, eventually they’ll think faster than us and they’ll get rid of the slow humans to run companies more efficiently.»

Musk, the CEO of Tesla, has been the most vocal about his concerns about AI, calling it the «biggest existential threat» to mankind. He is an investor in DeepMind and Vicarious, two AI ventures, but “it’s not from the standpoint of actually trying to make any investment return,» he said last summer. «I like to just keep an eye on what’s going on…nobody expects the Spanish Inquisition,” Musk said. “But you have to be careful.”

Meanwhile, in a Reddit ‘Ask Me Anything’ Bill Gates voiced similar reservations: «I agree with Elon Musk and some others on this and don’t understand why some people are not concerned,» he wrote. Similarly, physicist Stephen Hawking has warned that AI could eventually «take off on its own.» It’s a scenario that doesn’t bode well for our future as a species: «Humans, who are limited by slow biological evolution, couldn’t compete, and would be superseded,» he said.

Worried yet? Wozniak is.