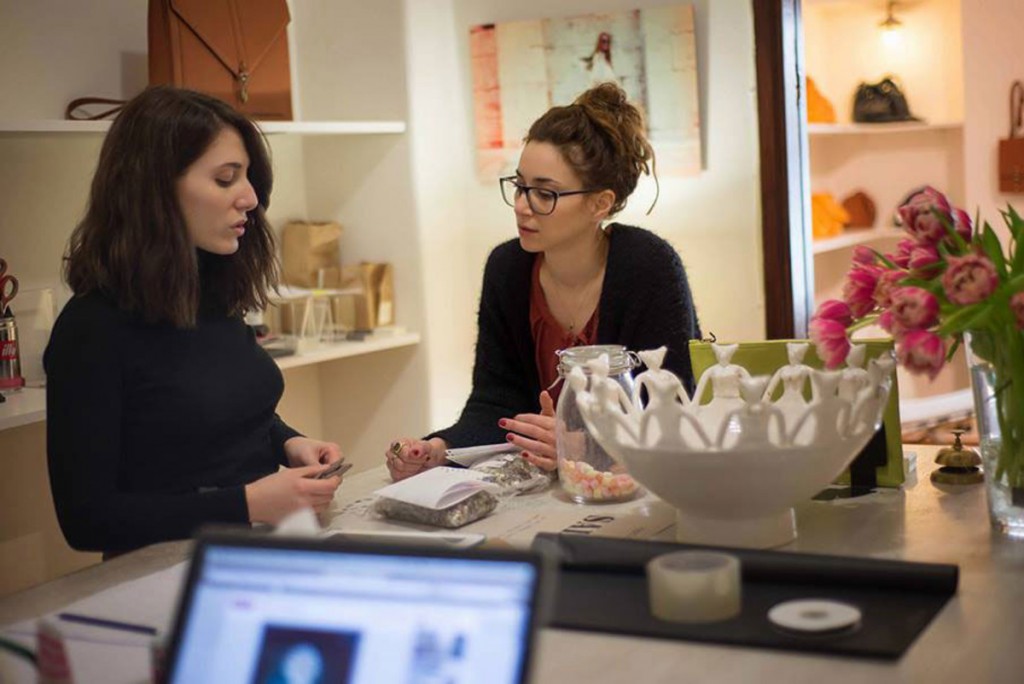 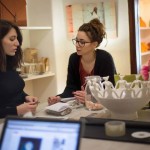 As Greece’s debt crisis drags on—negotiations with European lenders are nearing a new deadline set for Sunday—life goes on for ordinary citizens. For entrepreneurs across the country, the wrecked economy has been the mother of invention. How do you sustain a business in the face of capital controls that limit bank withdrawals to €60 ($66) per day? Does anyone go shopping in times of massive uncertainty and risk? The owner and designer of an Athens-based manufacturer of luxury leather handbags and accessories shares her story of small business survival in an economic meltdown.

Pavlina Papailiopoulou is looking for optimism wherever she can find it. Two days after she and her fellow Greeks went to the polls in a snap referendum, the 33-year-old fashion designer and business owner made a snap decision to put some of her handbags on sale. She announced the discounts on Facebook and attempted to put a smile on what has been a worrisome and emotional few weeks:

It took an ability to believe in the bright side for Papailiopoulou to start her business in 2009, just as Greece was first toppling into pervasive unemployment, economic depression, public-sector austerity, and the looming threat of banishment from the European Union. Things were not quite so grim six years ago, when Papailiopoulou founded the fashion label Ippolito. She designs all the handbags and accessories sold in a boutique located in a touristy district in central Athens; everything is handmade at a small leather workshop nearby. But the signs of trouble were already clear.

By setting up shop in Athens, Papailiopoulou was returning to her birthplace. That was at odds with the massive emigration of Greeks seeking work in better economies, particularly those with education and marketable skills. More than 200,000, or nearly 2 percent of the population, have left since the start of the crisis.

“I missed home,” she says. “I just wanted to come back, to family, friends, the sun … and live a normal life.” Papailiopoulou had been away since 2000, first at a British university and then to Italy for more training and her first job as a junior designer with luxury brand Bottega Veneta. She ended up in New York, with a job offer at another established fashion company—and she turned it down. “I had such an urge to start something that’s mine. I said, ‘I’m going to risk it.’ ”

“It was pretty tough,” Papailiopoulou says of her decision to start her own business in Greece. “But I believe in what I do. I believe in the forms that I make.” Story after story from Greek business owners testify to the country’s endless bureaucracy, red tape, and hurdles. These are persistent obstacles that stand apart from the debt-crippled economy and block the aspirations of entrepreneurs, a cohort Greek Prime Minister Alexis Tsipras singled out as vital to future growth during his address to the European Parliament this week.

Of course, Papailiopoulou’s isn’t exactly a one-of-a-kind story. Small businesses have sprouted up during the crisis years: designers like her selling clothing and jewelry, winemakers and olive growers trying to compete on a global scale, shop owners of all stripes. Developments of the past week have Greece’s small business owners worried—even before the latest turn in the crisis, many had already been forced to close.

For all her confidence and drive, Papailiopoulou struggles with the reality of running a fashion line at a time when capital controls are in place, banks are closed, and customers are scarce. “Last week it was not bad. Today it’s worse than ever,” she told me in the days before the July 5 referendum that saw Greece reject the terms of another European bailout. She voted yes. “And I consider myself lucky, being in Syntagma,” a popular shopping district in central Athens. “Fortunately I had two tourists in the shop yesterday, and today a Greek woman came in and bought something. I was extremely surprised. I said, ‘Thank you so much.’ And she said, ‘In case we go back to the drachma on Monday, I want to own one of your bags.’ ”

You could still hear Papailiopoulou’s optimism before the referendum. Shortly after, there was an edge of worry in her tone. Suddenly the designer found herself making contingency plans she hadn’t considered before. Would her leather suppliers in Italy and her U.S. Web host reckon with IOUs? An unavoidable question—one weighing on her fellow entrepreneurs across the country—occupied her mind in anxious moments: Will she once again leave Greece?

“People like me that are young and creative—youth goes away, creativity doesn’t go away. I’ll always create,” Papailiopoulou says. “I grew up believing I can do whatever I want to do, with all its difficulties. I will be really upset if there is no space for that here.”