Our school, General Lyceum of Nigrita, participates in the eTwinning project “Organic food around Europe!”. We are going to give answers to the questions of this questionnaire, in order to inform our partners about Organic Food in Greece.

This is our school! 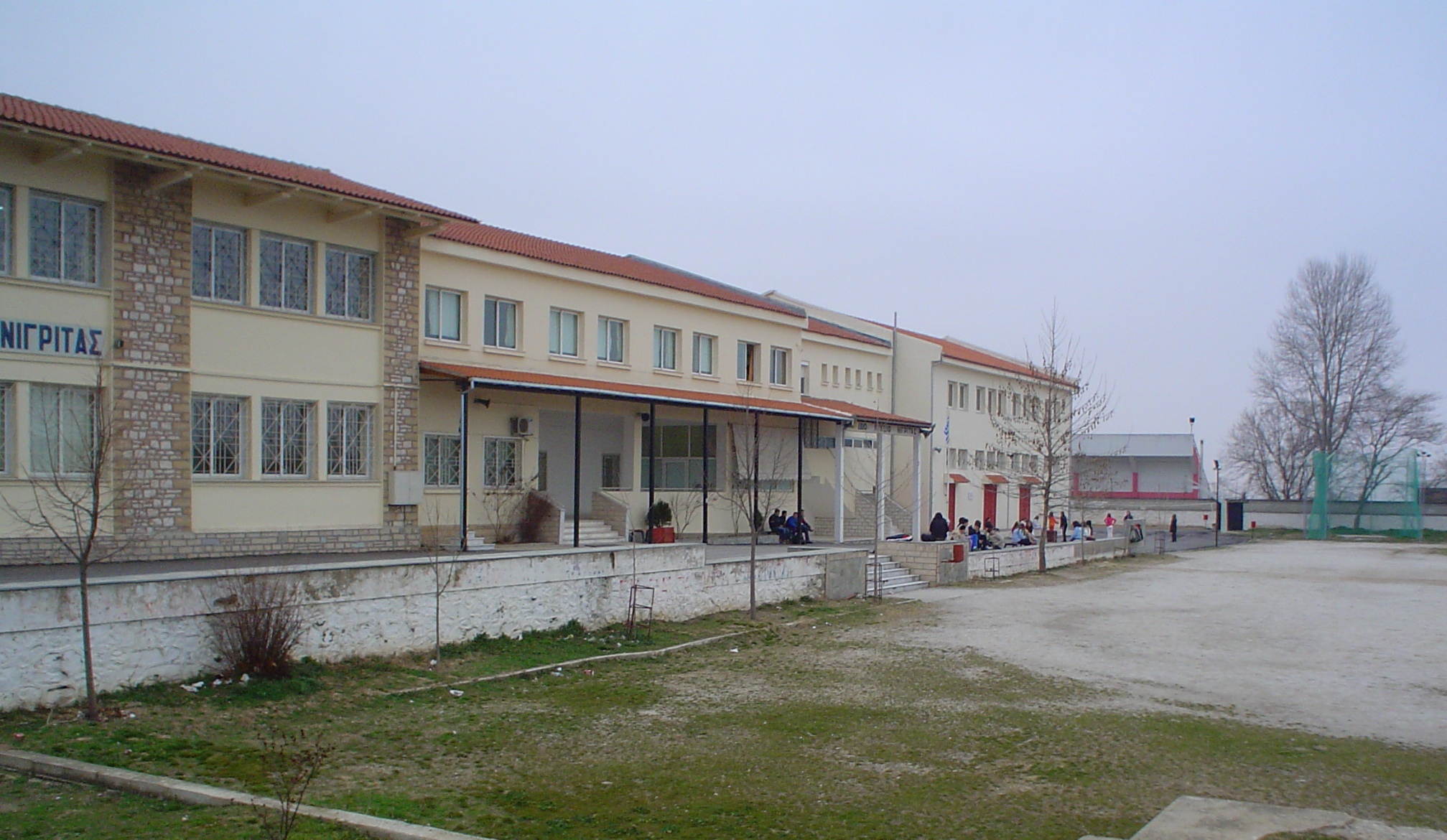 This is our answered questionnaire.

1. Do you know what organic food is?

Organic products are products in which the crop is not granted and they are not used at all genetically modified organisms. We are obliged to follow the law 834 of 2007 of the European Union, which is the latest about organic products… According to the European rules organic food is products without preservatives and pesticides.

2. What kind of organic food can you find in your country?

Those questions have been answered from 25 consumers, from whom the 68% buy personally the food for their family.

4. What is the percentage of people in your country who purchase organic food?

56% prefer organic food instead of conventional.

44% don’t buy organic food, because they are not convinced if it is really organic or they find organic products too expensive.

5. What are the major reasons that encourage people in your country to buy organic food?

The major reasons are: a) it’s healthier b) it has better nutritional value and c) it’s more tasty, in comparison with the conventional food.

6. Do you believe that non organic food has some bad consequences in your health? Have you heard about food scandals? If yes what kind of scandals?

80% of the consumers believe that non organic food has some bad consequences in their health.

7. What can you tell me about the genuineness of these organic products? Have there been any doubts about the production and/or certification of these foods?

72% of the consumers believe that it is safe and they don’t doubt about the production and/or certification of organic products.

28% of the consumers have doubts about the production and/or certification of organic products.

8. How often do you buy organic foods?

Not so many people here in Greece buy them very often. One reason is the high prices and another is they cannot find them so easily, as conventional food. Organic products are only the 3-6% of the goods that are sold in a supermarket. It’s not so much, but it is double in comparison with what was sold 2 years ago. These consumers consist mainly of young or middle aged, well educated people.

9. What types of organic food do you purchase usually?

Mainly vegetables, fruits, olives, olive oil, eggs, and chicken meat. Usually the origin of the organic food is one of the criteria that the consumers consider as very important.

11. Do you believe that organic food costs more than its real value?

12. Do you like the variety and quantity of organic food to be increased?

Most people’s opinion is that the variety and the quantity of organic food should be increased.

13. Is it easy for someone to start cultivating organic plants? Does your country subsidise the production of organic food?

It’s not so easy, as in the beginning there is a transition period and after several tests, the certification is given to the producer from an authorized organization. The State subsidizes their production and that is a motive for many organic farmers. On the other hand because of that sometimes they don’t care to sell them as organic and sell them as conventional.

14. Do you know if genetically modified seeds are used for organic plants?

No, it’s totally forbidden to use genetically modified seeds for organic plants. The European law is clear regarding to this.

Some organic products such as wine, vinegar, asparagus, chocolate, mushrooms etc. are imported from various countries.

16. Which are the motivations that lead the farmers to produce organic products?

There is less competition in comparison with the conventional products. The state subsidies organic products. Also these farmers are usually very sensitive about the environmental problems and that is a motive for them.

17. Does the production of organic food demand more time and work than non-organic food?

They need three times more time than the non-organic foods, because there are illnesses that should be fought with biological means.

18. Do the organic cultivators cooperate with each other?

The collaboration with other biological farmers is essential. They collaborate with each other, exchanging know how mainly, and when their production is too little, wanting to satisfy their customers, they buy products from other organic farmers and sell them to their customers.

19. Who certifies organic products? How?

20. How many different organisations or companies certify organic food in your country? Are they private or from the state? Do they cooperate with other similar organisations from your country, or from other countries?

There are 11 companies of certification for example, ΔΗΩ, the one we visited during our survey. They are all private and they use to cooperate with each other and with similar organisations from other countries.

21. What are the qualifications of the people working in these organisations?

The stuff is well qualified; most of them are university graduates. They are biologists, chemists, inspectors…

The frequency of the controls depends on the kind of the product but only one per year is obligatory. The controls are unexpected, and they usually are 5 every year.

23. Where do they examine the samples?

They send the samples to mainly private laboratories, which are supervised by the state, but also to state laboratories. They are obliged to follow the rules of the European Union about organic farming.

24. How expensive could be for a farmer to be certified from these organisations?

It depends on the product they cultivate. For example cereals’ controls have low cost, but vegetables’ controls, like tomatoes, are more expensive as they have to control them very often, because they are growing in a very short period.