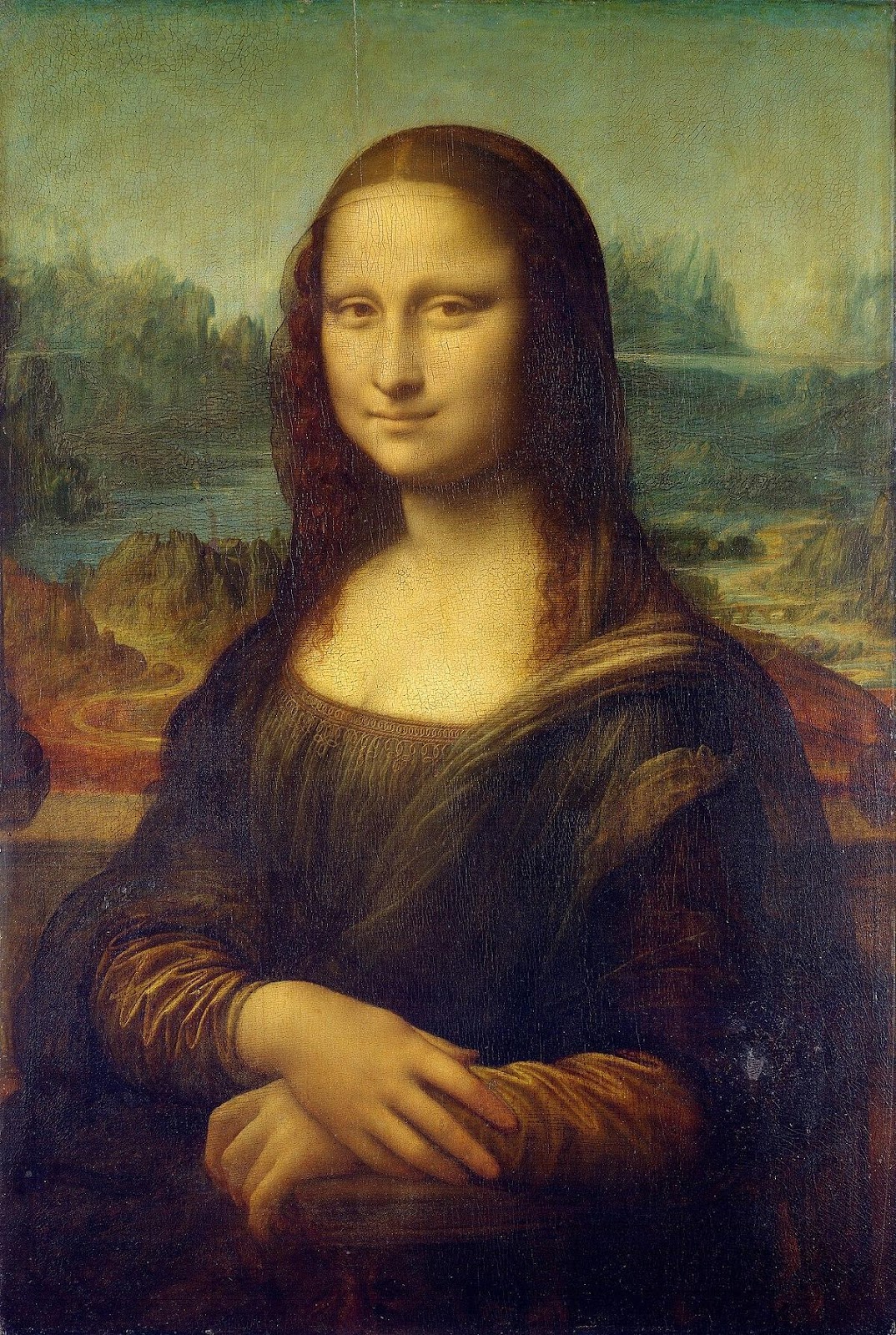 One of the most famous pieces of art of all time is Mona Lisa, also known as La Gioconda, painted by Leonardo da Vinci in about 1503. The painting is not only known for its artistic value, but also for the mystery behind it.
Da Vinci lived in Florence, Italy,  thus Mona Lisa belongs to the Italian Early Renaissance. The fact that Da Vinci also worked as a sculptor, engineer and inventor makes his work more impressing. The technique of the specific painting is really interesting. DaVinci used dark colour in order to create depth and an enigmatic atmosphere. In particular, behind the sitting woman, there is a landscape which demonstrates DaVinci’s competence to give his portraits’ perspective. In addition, due to Mona Lisa’s three-quarter view, it seems that she is turning toward the viewer. Another peculiar detail is that her eyes have neither eyelashes nor eyebrows.
As it has already been mentioned, Mona Lisa is one of the most famous paintings in the whole world. Nonetheless, the identity of the depicted woman remains unknown. Several theories have been developed and some of them want Da Vinci to be the person in the portrait. However, the most amazing fact is that the painting was not really recognized until it had been stolen in 1911! It was then that Mona Lisa captured the attention of the public and became a real thrill, especially for her intriguing smile.
As such, Mona Lisa has set the standard for all future portraits and it is studied by artists all over the world. The painting now belongs to the French government and it is exhibited in The Museum of Louvre in Paris.
από ΑΜΑΛΙΑ ΧΟΜΠΗ κάτω από: PUPILS' ASSIGNMENTS| | Δεν υπάρχουν σχόλια »

What time is it?