Aliveri is a town and a community in the island of Euboea, Greece. It is part of the municipal unit Taminaioi, and the seat of the municipality Kymi-Aliveri. Aliveri is situated in the eastern part of the island, on the South Euboean Gulf,  47 km east of Chalcis. The Greek National Road 44 (Thebes – Chalcis – Karystos) passes through the town.  Aliveri is mostly an industrial town. The biggest cement factory of Greece and a power generating plant of the Public Power Corporation are located in Aliveri. The lignite fired power plant began producing power in 1955. As the lignite seam has been exhausted now, the power plant is using oil and natural gas. In the area, there is also marble mining industry. In the surrounding area at recent years there is a rapid growth in renewable energy sources, new wind farms installed in the area due to increased wind capacity. 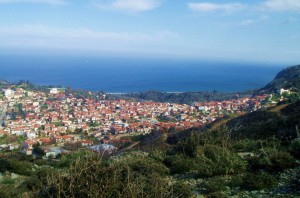 Sightseeings of the area

In Aliveri and the surroundings there are considerable classic, roman and byzantine monuments that weren’t treated gently and as a result, some of them have been lost, some have been stolen and others have almost been ruined. 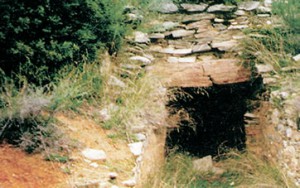 It is situated near the village of Katakalou. It was discovered in 1907.

Porthmos (Straight): The existing Electricity Power Plants of DEH (Public Electricity Company) were built on the hellenistic-roman city port of “Porthmos”. The buildings and the monuments were destroyed and stolen. A few of them can be found at the museum of nearby cities of Chalkis ane Eretria. A few years ago during the construction of some new buildings (offices at the Power Plant), the “Roman Bath” was revealed (part of it can be visited). Lately, during the Natural Cass Unit construction, there  was revealed the cemetery of that old city. 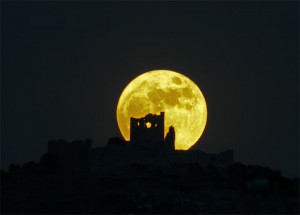 Rizokastro- Portimo or Protimo: It is a fancies castle for the protection of the Straight. It was also used during the independence revolution of 1821.

Venetian Tower “Matsoukela”: It is situated between the chimneys of DEH Power Plant.

The byzantine temple of Panagitsa: It was built in 1393 to the”Panagitsa” church near the shore of Karavos. 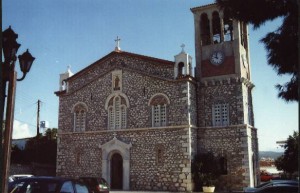 St. George’s church: It is the main church or the city of Aliveri. It started being built in 1836 by specialists in stone building from the Greek region of Hepirus and was completed in 1863. 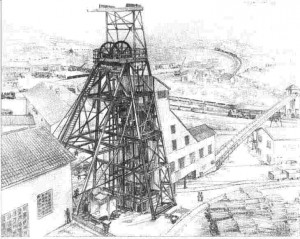 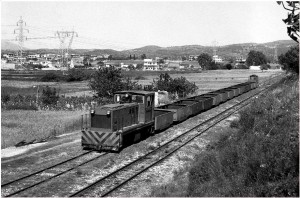 The coalmine:  The remaining of the old coalmine at a place named “Brinias”, near the village of Agios Loukas. The excavation of coal stoped at the 80’s. There has been formed a plan for the reformation of the abandoned coalmines units, by the Environmental Protection Association of the area and by thw Greenpeace, than plan has been accepted by the owner of the area DEH. According to this plan it is going to be formed an Enviromentan Centre, a Techonological Museim and a Natural Park with a lake as well.