In the UK (or Great Britain), families often celebrate Christmas together, so they can watch each other open their presents!

Most families have a Christmas tree (or maybe even two!) in their house for Christmas. The decorating of the tree is usually a family occasion, with everyone helping.

Holly,Ivy and Misletoe are also sometimes used to decorate homes or other buildings.

Like a lot of countries, Nativity plays and Carol Services are also very popular at Christmas time.

Children believe that Father Christmas or Santa Claus leaves presents in stockings or pillow-cases. These are normally hung up by the fire or by the children’s beds on Christmas Eve. Children sometimes leave outmince pies and brandy for Father Christmas to eat and drink when he visits them.

There are some customs that only take place, or were started, in the UK. Wassailing is an old anglo-saxon custom that doesn’t take place much today. Boxing Day is a very old custom that started in the UK and is now taken as a holiday in many countries around the world.

In Scots (a Scottish dialect) Happy/Merry Christmas is ‘Blithe Yule’; in Gaelic it’s ‘Nollaig Chridheil’; in Welsh (which is spoken in some parts of Wales it’s ‘Nadolig Llawen’ and Manx (spoken by some people on the Isle of Man) it’s ‘Nollick Ghennal’.

In the UK, the main Christmas Meal is usually eaten at lunchtime or early afternoon on Christmas Day. It’s normally roast turkey, roast vegetables and ‘all the trimmings’ which means vegetables like carrots & peas, stuffing and sometimes bacon and sausages. It’s often served with cranberry sauce and bread sauce. Traditionally, and before turkey was available, roast beef or goose was the main Christmas meal.

Dessert is oftenChristmas pudding. Mince pies and lots of chocolates are often eaten as well!

Trifle is also a popular dessert at Christmas. It’s made in a large bowl and consists of a layer of sponge cake (or sponge fingers) at the bottom of the bowl (which is often soaked in sherry or brandy) then there’s a layer of fruit (normally suspended in a fruit flavored jelly) and it’s topped with a layer of custard and then whipped cream. In Scotland there’s a variation called ‘Tipsy Laird’ which uses whiskey to soak the sponge and the fruit are raspberries.

The dinner table is decorated with a Christmas cracker for each person and sometimes flowers and candles.The UK is also famous for Christmas cake  which is traditionally a rich fruit cake covered with marzipan and icing – and often top with Christmas themed cake decorations like a spring of holly. 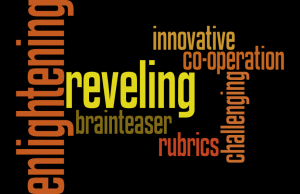 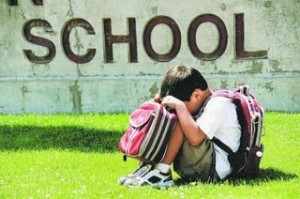