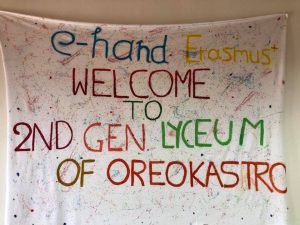 Our first day started with some ice-breaking activities when the students were given posters with a short description of each student’s hobbies and interests and our task was to find a person  who the paper belonged to by talking to each other and communicating.

The second activity was based on team building and trust. We all had to stand in two lines holding hands with our eyes closed  while the teacher was flipping a coin (either heads or tails) to the first person and depending on that we had to  squeeze the person on the right’s hand in order to pass “the electricity” to the last student to, once again,  squeeze a toy. The team with the most points was the winner.

Later, we had a ceremonial planting of flowers in the school yard. Then we went to the Town Hall where the Mayor welcomed us to the town of Oreokastro. After visiting a church and going for a stroll around the town, we went home for lunch.

In the afternoon, after returning to school and  listening to the students’  presentations about natural disasters in their countries, we were divided into  groups and were given tasks to complete.

As the first day of the meeting grew to an end, even though  we did not know each other a few hours ago, it became really easy to start conversations and make new friends. Moreover the weather was sunny and warm. 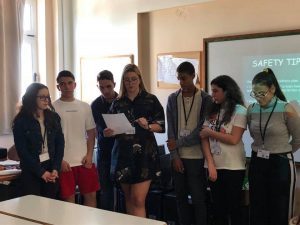 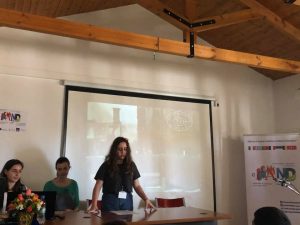 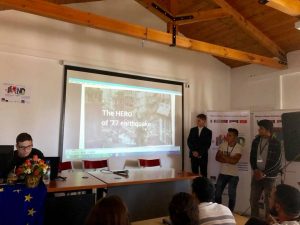 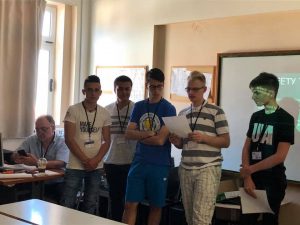 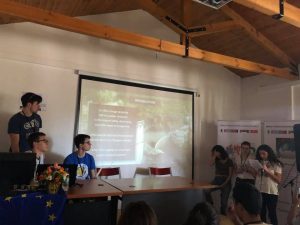 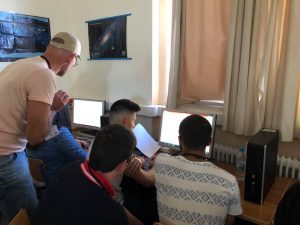 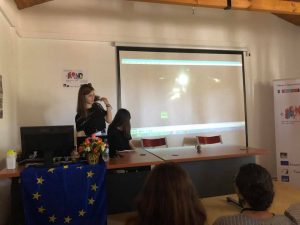 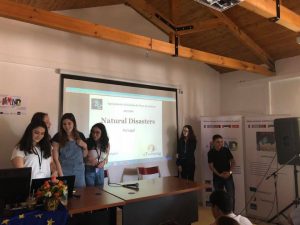 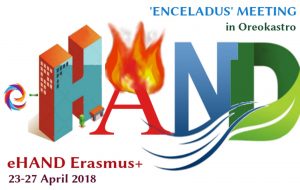 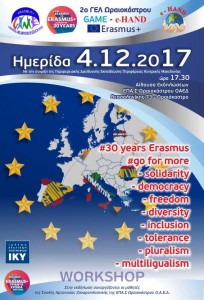 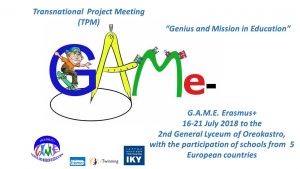 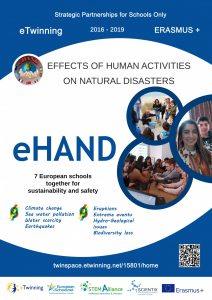 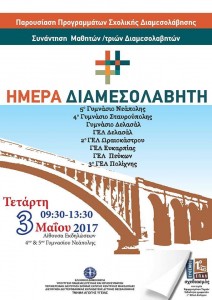